That was a theme in his life. Surrounded by loving family and friends, he endured more than his share of health issues, setbacks, and disappointments. Only in retrospect, twenty years after his death, do I really appreciate his strength and resilience. I always knew he was a great dad, but I hadn't realized that he was a great man as well.

No doubt about it – Doug Tayler was one of a kind.

My earliest memories of him are seeing him on a tractor, ploughing the fields on our Prince Edward County farm, always with a pipe in his mouth. When I want to invoke a sense of calm, I recall the hours we spent walking the fields together as he checked fences. We walked mostly in silence – a loving, gentle silence. Words weren’t needed.

For me, his most important role was father. I can’t speak for my dear sister, Lynda, for she has her own stories to tell, but it’s his role as father that has most profoundly affected me.

And I was 37 years old before I told him I was gay.

It’s funny how you can be close to people and love them deeply, but there are these deep wells of silence…things that are never talked about…things that are never named. My being gay was one of those things. I don’t blame Dad for the silence. I’ll wear that. After all, I had known that I liked men since I was seven years old and became fascinated with the Lone Ranger’s tight pants…but that’s another story.

No, the silence came from within, what I now recognize as shame. When I was growing up, being gay was something you kept to yourself – a good strategy to avoid being beaten up. By the time I reached my 30s, I was living my gay life in private, away from family, although I did promise myself that I would tell dad once I had met that ‘special someone’. That came in 1983 at a Quaker conference in Pennsylvania, where I met Spencer, my first great love. He was from Toronto, and I fell hard. So did he, which was very nice.

Spencer, being Spencer, wanted to meet Dad – he was anxious to see what a good father looked like. Spencer’s experience with his own father had been an abusive disaster. Before I could introduce them, however, I had to tell Dad…the big secret.

And here’s how it went down.

It was a frigid February morning in 1984 on King Street in Picton near my apartment. I had asked Dad for time to talk, which was strange and formal, because we normally had no problem talking with each other. I was scared, not knowing how he would react.

So there we were, in his ancient AMC Pacer, neither one of us making eye contact, just staring at the street straight ahead. I was mumbling, and he kept asking me to repeat myself.

I finally blurted it out, “Well, dad, I’m gay, and I’ve met a guy from Toronto that I really like, and I want to move in with him.”

Then he said, very softly. “Well, you’ll grow out of it. Isn’t that what happens?”

And that was it. The Rubicon had been crossed. My dad knew I was gay, and he knew about Spencer. And the sky had not fallen.

A few weeks later, Dad got to meet Spencer. They liked each other. A lot. He started to refer to us as “his boys”. How wonderful is that?

Fast forward a few years. I had moved to Toronto to be with Spencer. He was a therapist, and I was a teacher. We bought a house, had a little dog, and joined a group that challenged misogyny in ourselves and other men.

Which brings Dad, Spencer, and me to Grindstone Island in Big Rideau Lake, north of Kingston. In the mid-1990s, annual weekend men’s retreats were held at Grindstone – equal parts pro-feminist strategy sessions and man-cave-style celebrations. Spencer attended regularly. One year, I attended and invited Dad as well. To my surprise, he accepted. In a group of seventy men, we were the only father/son pair. During the day, Dad avoided the workshops and walked the island in search of birds. On the Saturday evening, he joined everyone for singing and storytelling. He sat between Spencer and me; he knew that I was one of the storytellers.

My topic, which he didn’t know: “The Day I Told My Father I Was Gay.”

So, yes, I was nervous. My turn finally came. I got up and walked to the front of the crowded, muggy room. I told the above story and said that in a world where so many men were father-damaged, I was father-blessed. Somehow I got through it. When I finished, the audience cheered loudly and appreciatively. There were many hugs on the way back to my chair. However, I hadn’t made eye contact with Dad. In fact, I couldn’t make eye contact with Dad. I had no idea how he was reacting.

As I sat down, he slowly got up, looked down at me, and walked to the front of the room. Oh dear – this wasn’t on the program…

There was a rich, hold-your-breath kind of silence as he wound his way around. Once in front of everyone, he planted himself and made eye contact with everyone in the room. Except me. I had no idea what he was going to say.

Then, with clarity and grace, he simply said, “When Larry told me he was gay, that was the day he became my son.”

For a brief moment, there was silence. The atmosphere was electric. Then the room exploded in applause, foot-stomping, and cheers. Magic had transpired.

After surveying the mayhem, Dad turned and slowly wound his way back to his seat. We hugged, and hugged again, both of us in tears. And then he sat down. And I realized that my soul had shifted.

That’s how I became my father’s son. 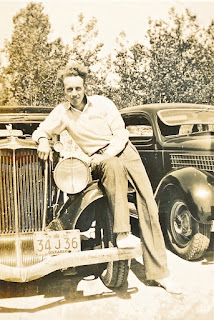 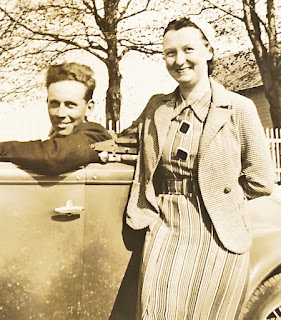 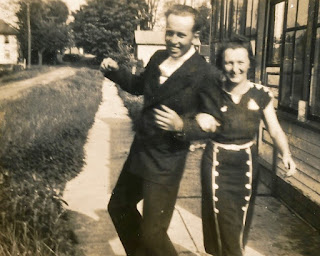 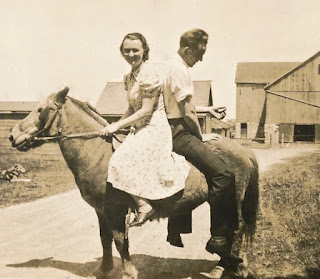 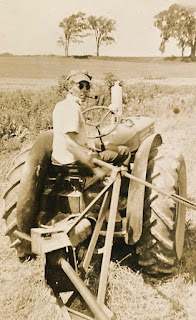 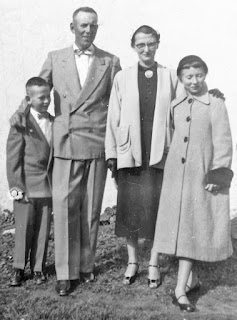