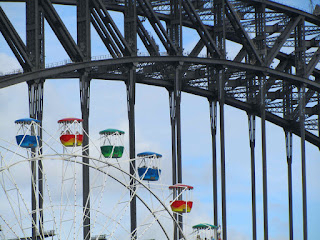 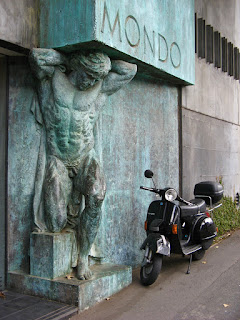 This, my friends, is the first verse of Advance Australia Fair, the Australian national anthem. (Listen to it here.) My Australian friends tell me that it is the only national anthem in the world that contains the word “girt” (from the same root as girdle). I have heard it sung many times, both beautifully and wretchedly, much like Oh Canada. However, Advance Australia Fair just doesn’t work for me. Give me a stirring rendition of Waltzing Matilda. (Here.) Or even better, I Still Call Australia Home. (Over-the-top Oprah version, but it always leaves me in tears. Here.Here.)

One of the formative experiences of my life was the year I spent teaching in Australia in the early 1970s. Had my life zigged rather than zagged, I would still be there – and happily so. I have returned as often as my bank account has allowed over the years. I shared it twice with Spencer, and next week I will be sharing it with Bill. Let me count the blessings that make this possible.

I am an avid student of Australian history, politics, and culture. I can talk for hours about Australia’s problems, challenges, idiocies, blood-lust politics, and unforgivable treatment of the Aboriginal people who lived on the continent for 40,000 years before European contact. But I can also talk for even more hours about how much I love this land, its people, and its beauty. And prop me up with a bottle of Moo Brew, my favourite Tasmanian Pilsner, and I can talk endlessly about the design and building of the Sydney Opera House.

One of my favourite aspects of Australian life is its wonderfully quirky sense of humour. Here’s one printable example: one night many years ago, I was listening to the live radio proceedings of the Australian Parliament (I know – I needed to get out more.) Australian politics are brutish and nasty, so I wasn’t surprised when one member declared, “The honourable member from Gundagai has got the brains of a sheep.” The chamber erupted into braying chaos, and the Speaker demanded that the remark be withdrawn, to which the instant response was, “All right – I’ll withdraw my remark. The honourable member from Gundagai HASN’T got the brains of a sheep.”

Well, you get the drift.

During my month in Australia with Bill, I will be posting to Facebook, Twitter, and this blog. In anticipation, I’ve posted photos below from previous visits. I hope they will whet your appetite for the photos I plan to post in the weeks ahead. 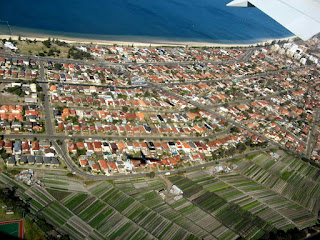 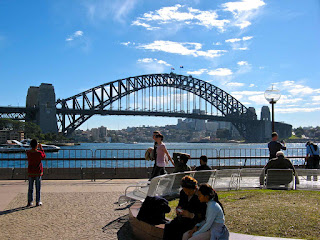 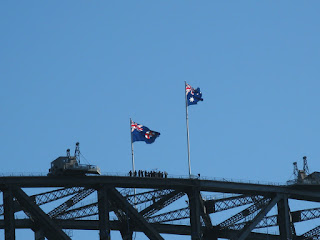 Yes, you can walk to the top of the bridge. Thanks, but no thanks. 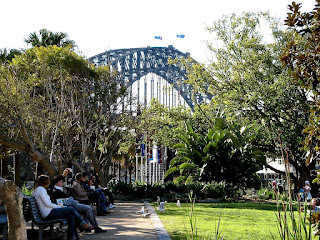 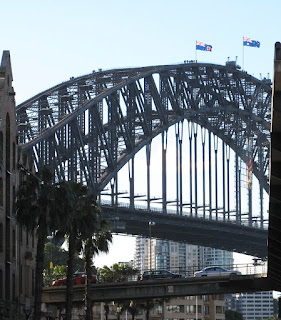 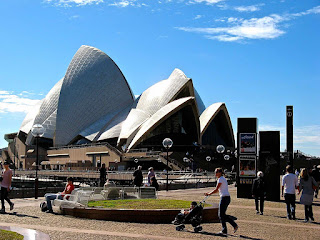 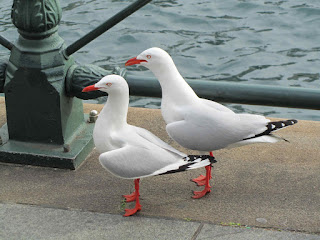 Seagulls at one of the outdoor cafes beside the Opera House. 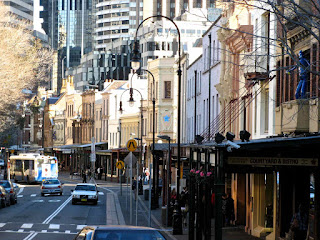 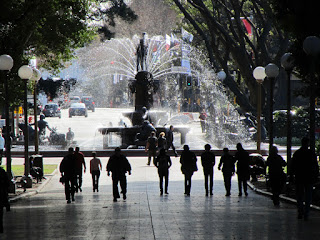 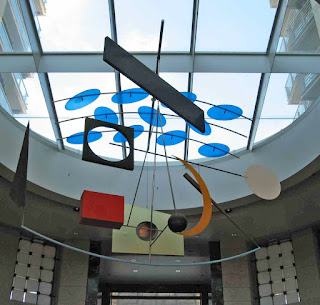 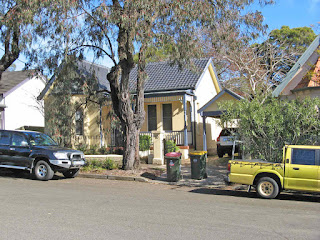 10 Tryon Street, Chatswood, where I used to live on Sydney's North Shore. 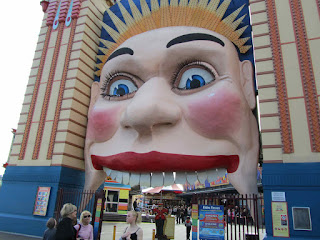 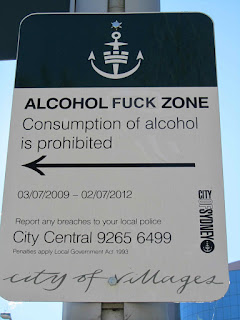 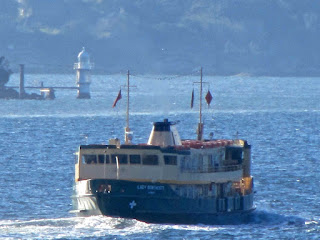 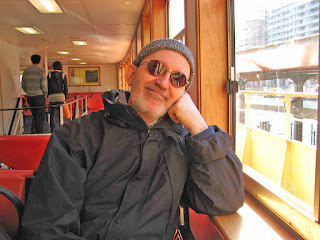 Spencer on the Lady Northcott. 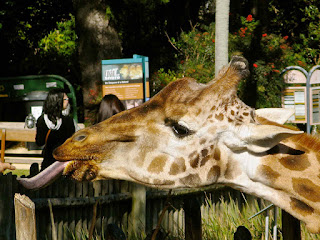 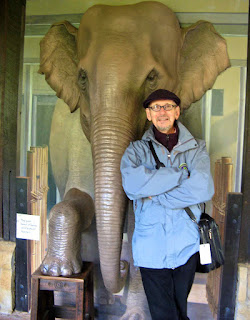 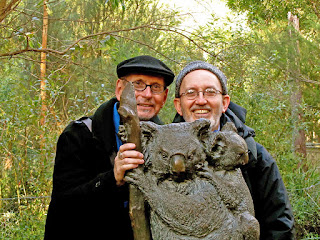 Spencer and I with bronze koalas. 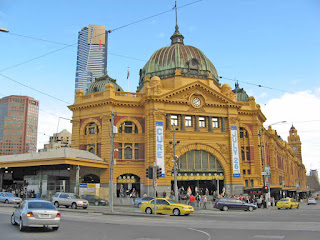 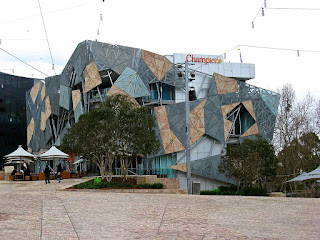 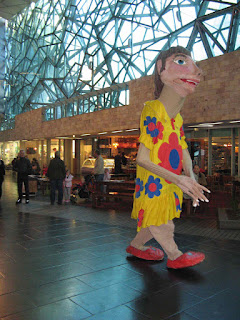 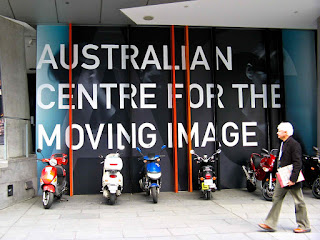 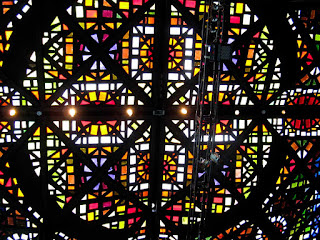 Glass ceiling of the National Gallery of Victoria, Melbourne. 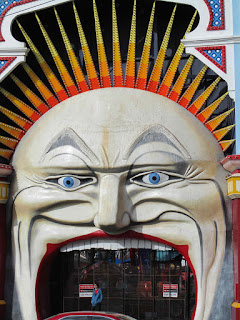 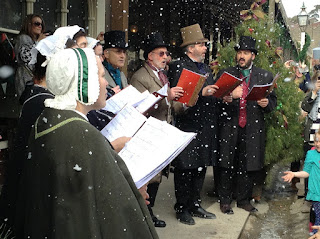 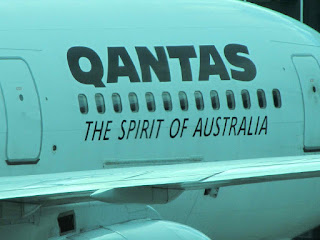