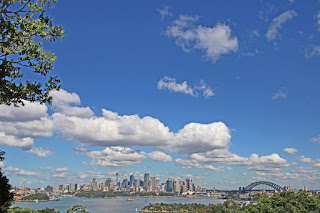 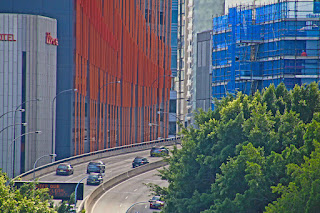 “I see fluid architecture as music.”
- Larry Tayler, with apologies to Joni Mitchell

Today’s blog post features architectural photos of Sydney from the time that Bill and I recently spent in Australia. I’ve made no secret of my love of Sydney, a city that I’ve had an ongoing affair with since 1971. It’s brash, gutsy, extroverted...and keeps calling me back.

But posting these photos of urban Sydney is not just another excuse to look at them again – it’s also priming my creative pumps for the weeks ahead, when I plan to wallow in big-city photography.

During the first week of June, I’ll be indulging in five days of photography in Toronto, the other city with which I’ve had an ongoing love affair for decades. Originally, I had registered for a week-long urban photography course offered by the Haliburton School of the Arts/Fleming College at OCAD University in Toronto. Annoyingly, Haliburton/Fleming cancelled the course because of low enrolment.

(Side bar for a rant: in the last year, I have registered for three Fleming College photography courses and two of them have been cancelled. Not a great success ratio. I understand the realities of college finances, but at some point Fleming has to recognize that cancelling courses pisses people off to the point that they won’t sign up for future courses. Why bother when they’ll likely be cancelled? And I’m a prime sucker for this kind of course. Alas, I have asked Fleming to remove me from their mailing list.)

There, that felt good.

Of course, I’d already booked and paid for my train and accommodations (Bill found me a great Airbnb place across from the Art Gallery of Ontario), so I’ve decided to conduct my own urban photography course in Toronto - what a wonderful indulgence! I expect that my blog posting next week will feature urban photography from wandering around the city.

The week after that, Bill and I plan to be in New York City where he is registered for a quilting course in Manhattan. While he’s quilting, I’m looking forward to hyperventilating with my camera in that glorious city.

And I know that I’m conflating urban photography and architectural photography – obviously urban photography covers much more ground than the bricks and mortar of architecture, but this is my circus and my camera, so I get to make the rules. Actually, I’ll be pretty much watching for anything that catches me eye!

BTW, if you are interested in architectural photography, I can highly recommend my friend Lindi’s blog, “Ancestral Roofs” (Link), which she describes as her “online journal celebrating the built heritage of Ontario.” It’s always a fine read, reflecting Lindi’s skills as both a writer and a photographer.

In the meantime, I hope you enjoy these images of urban Sydney! 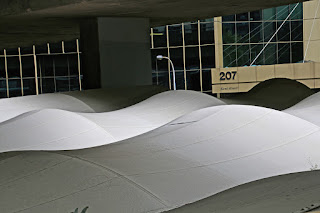 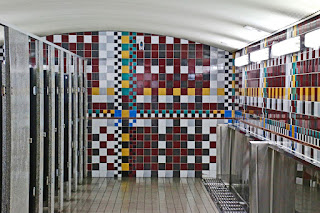 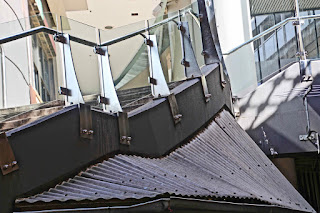 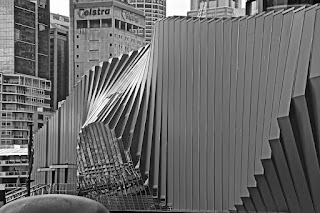 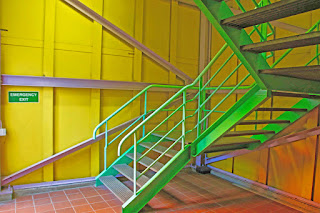 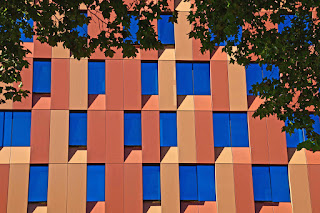 Building Across from Pumphouse Museum 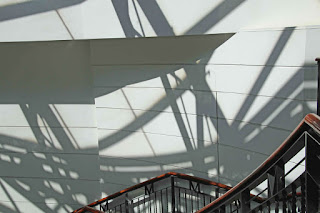 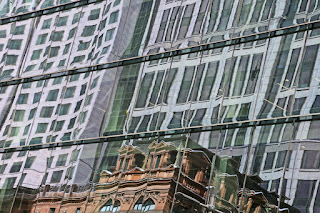 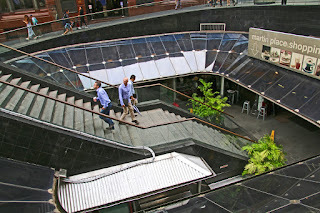 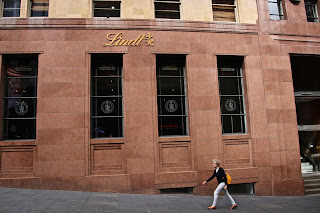 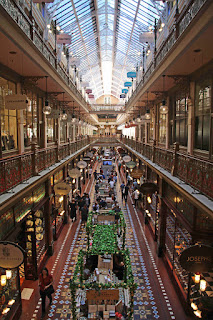 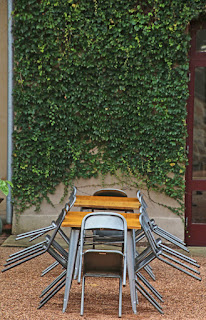 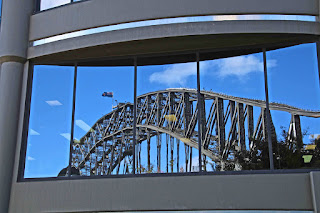 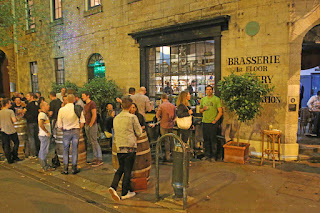 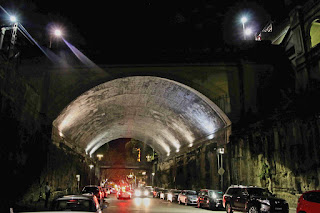 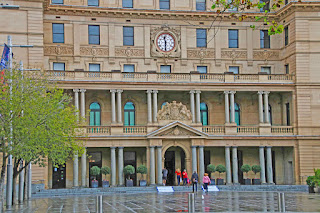 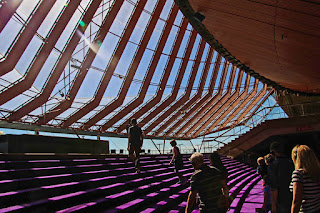 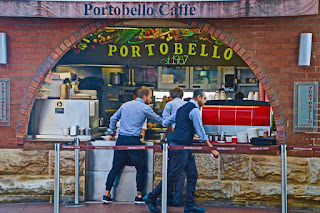 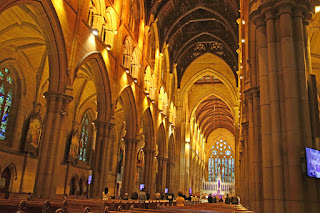 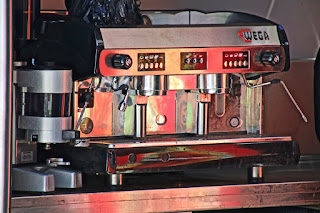