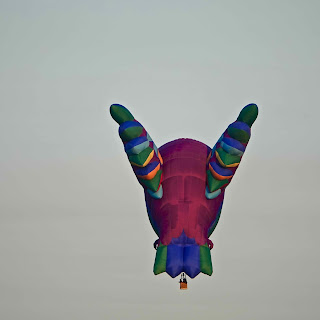 Let me sing the praises of Canberra, Australia’s capital. The word Canberra is thought to come from an Indigenous word meaning meeting place. The city was planned by the Chicago architects Marion Mahony Griffin and her husband, Walter Burley Griffin, who won a competition to design the new capital in 1913. (Husband usually gets more credit than wife, alas.) For many people, it is the perfect city. At almost 400,000 people, it’s a livable size. Its climate is warm but not humid in the spring and summer. In the autumn, leaves on deciduous trees become gloriously colourful. In the winter, it’s cool enough for everyone to ‘rug up’, but nothing extreme. The city is beautiful, filled with impressive museums and national institutions, and known for its low crime rate. Yes, it’s a civil service town, but its universities are internationally rated. And, of course, it’s a political junkie’s paradise. Yup, pretty much perfect.

We have been here for three days, our stay coinciding with the Canberra Day celebrations marking the 105th anniversary of the naming of Canberra as Australia’s capital. The city is alive with festivals, concerts, and special events. Most impressive is the Canberra Festival Balloon Spectacular, which saw us getting up before dawn on Sunday AND Monday to walk 30 minutes to the lawns of the Old Parliament Building where we joined large crowds to watch dozens of hot air balloons fire up and float over nearby Lake Burley Griffin. It was fabulous!

We had dinner Sunday night with my old teaching friend Ian, who works at the Australian National University. Afterwards, he drove us back to the Old Parliament Building to see the colourful images of Australian history projected on the front walls of the structure.

Today, our last full day in Canberra, we wandered around the neighbourhood and visited the wonderful National Portrait Gallery. On our way, we passed through a park that was home to thousands of large fruit bats squawking away noisily. And by large, I mean a wing span of about a metre! Absolutely incredible!

And so our 2018 Australian adventures are coming to an end. We drive to Sydney tomorrow (Tuesday) and fly back to Toronto on Wednesday. It will be good to get home, but it will also be good to return next year. Stay tuned!

About this blog: I anticipate that I’ll be taking a few weeks off. After re-engaging with life in Belleville, I plan to start posting again in April. In the meantime, enjoy these photos! 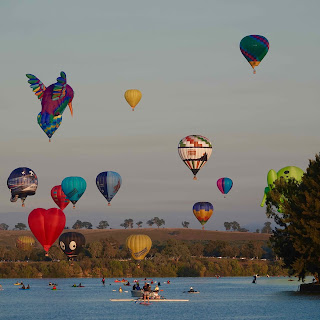 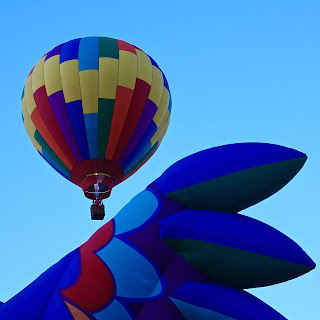 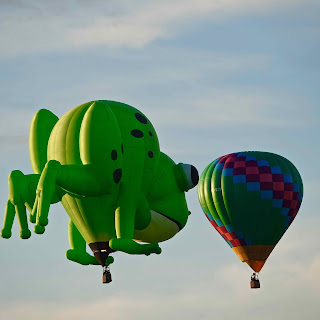 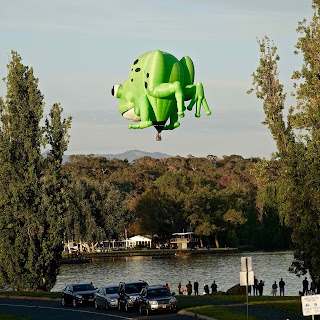 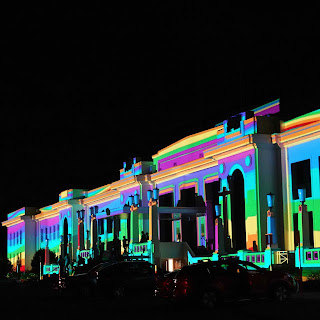 The Old Parliament Building at night 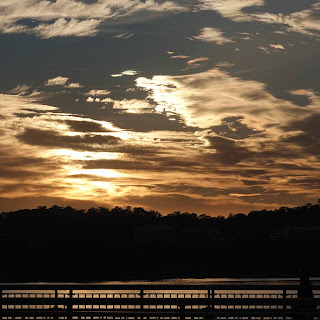 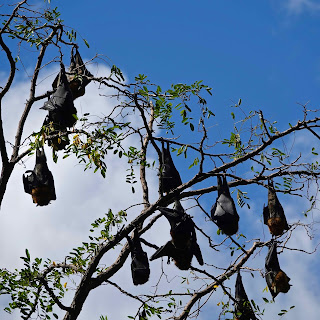 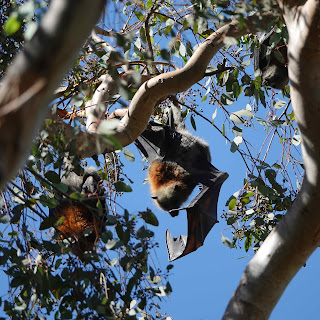 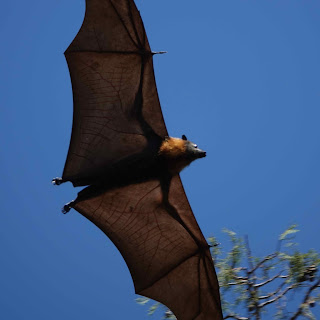