I blame the cat on my husband. It was he who decided five years ago that Otis, our beloved dachshund, needed a kitten for company. I had mixed feelings but reluctantly agreed.

Husband and grandchildren found the kitten in the local animal shelter. Husband wanted an independent black cat who wasn’t clingy. I favoured a calico lap cat, but I’d never lived with a cat, so what did I know?

The name we chose was Morgana le Fey, after the princess in the Arthurian legends. It soon became clear, however, that she was not so much a princess as she was a pain in the ass, so her name became Pita. (An acronym – get it? Grandchildren still insist it means pain in the abdomen.)

Husband and I decided Pita would be an indoor cat, thus sparing countless birds. Cue applause from the Audubon Society.

I disliked Pita from the beginning. I was sullenly recovering from a back injury and didn’t like how she wove around my feet. I was afraid I would trip over her and re-injure my back. We put a bell on her so I could tell where she was, but she quickly ditched it. My roles as feeder and litter-cleaner didn’t impress her – I was staff, to be tolerated or ignored as required.

Years went by, and I remained actively ambivalent about her. I tried to like her, but then she’d bite me, often drawing blood. She was everywhere, knocking things over and breaking them, usually in the middle of the night. I tried photographing her, but she wouldn’t co-operate. Most of the photographs are blurry and forgettable.

When husband and I escaped to Australia three winters in a row, Pita happily claimed the house as her own. She and pet sitter, who checked in on her daily, got along famously. When husband and I returned, she looked at us disdainfully, as if to say, “Oh, it’s you. I thought I was rid of you.”

We joked – sort of joked – about abandoning her on a country road, or hiding her in guests’ luggage, or ‘accidentally’ leaving the back door open for her to escape. And she did get out a few times, never venturing far from the house. She even spent an entire night outside. I was surprised at how much I worried about her, feeling relieved the next morning when I found her hiding under the deck.

However...a few weeks ago, I started realizing that I really did love her. There was no dazzling moment of insight. No epiphany. No road to Damascus revelation. It was simply time for me to acknowledge she was part of the family, despite the annoyances. Or maybe because of them.

I had decided to love her.

She now lets me massage her. She occasionally jumps into my lap. I rub her head vigorously, and she leans into it. As I write this piece, she’s lounging in a nearby chair, staring at me.

I’ve decided she can come to Picton with us when we move in October. That’s the way with family, isn’t it?

I hope you enjoy these photos of Pita. Not my best photography, but they do give you a sense of the little black kitten that has burrowed her way into my heart. 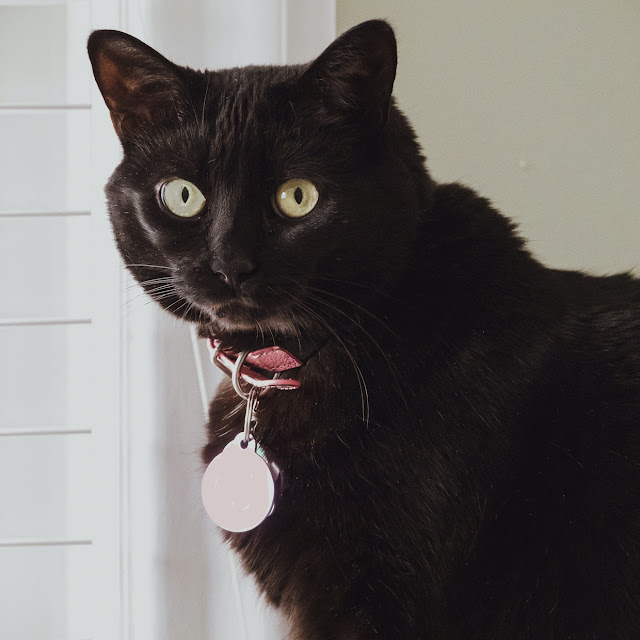 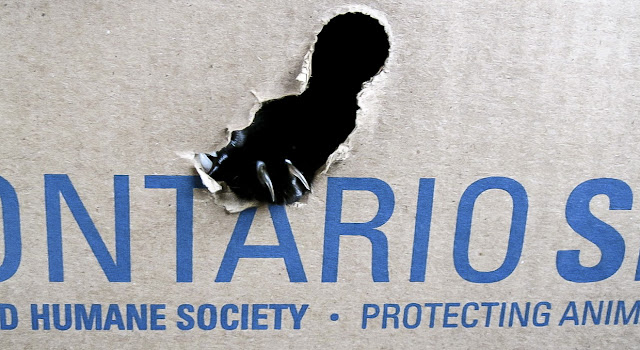 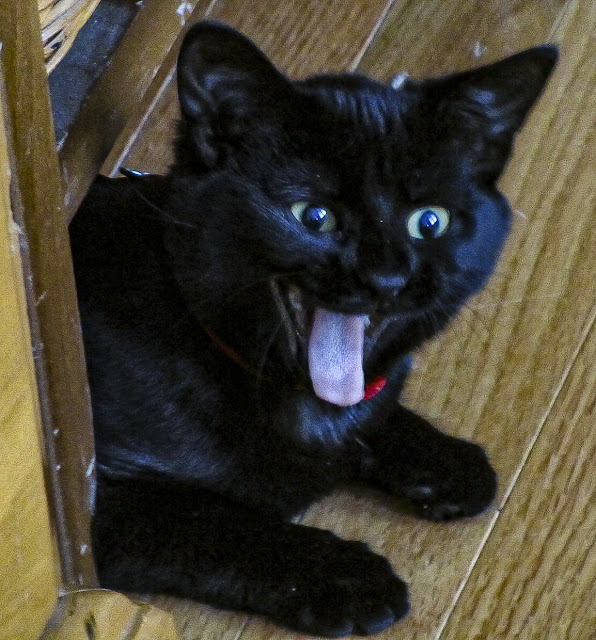 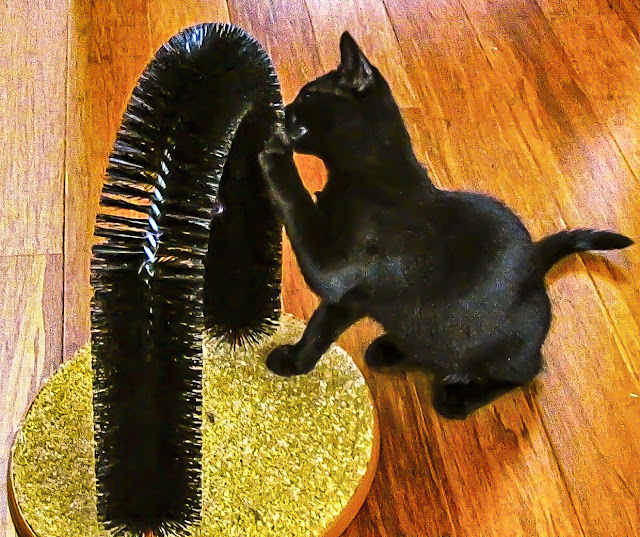 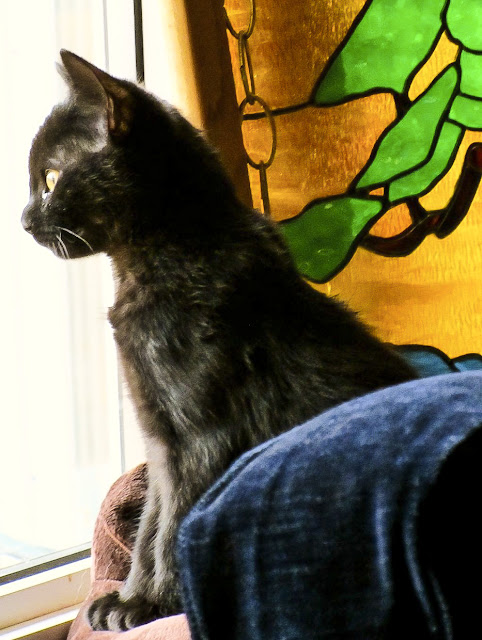 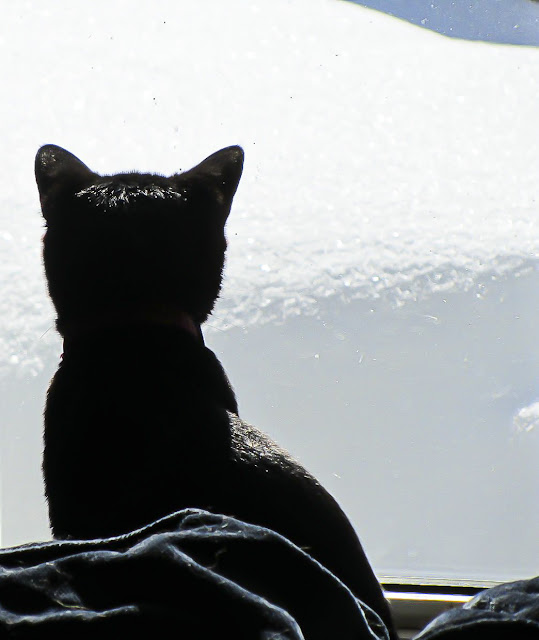 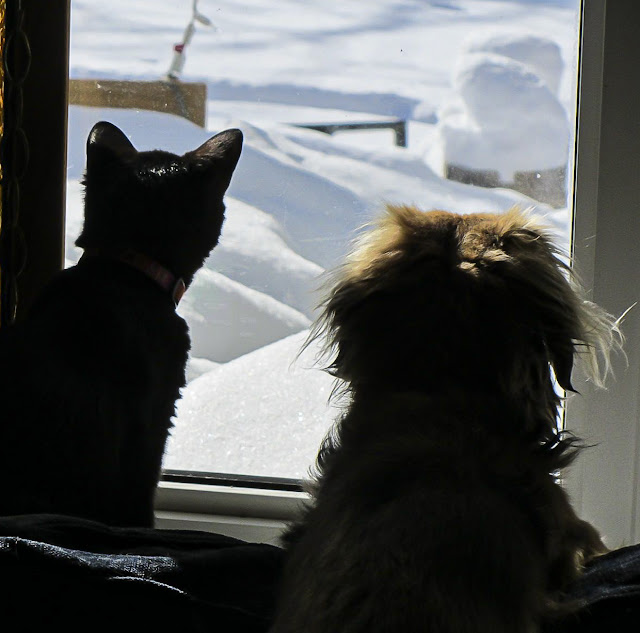 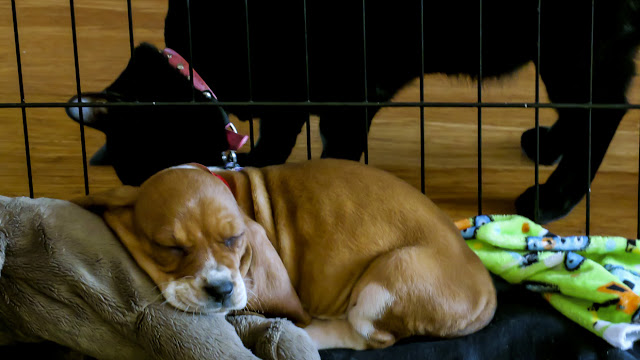 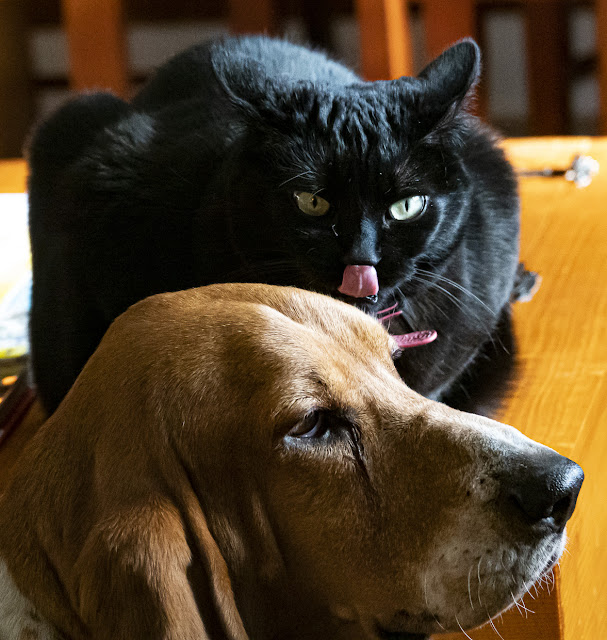 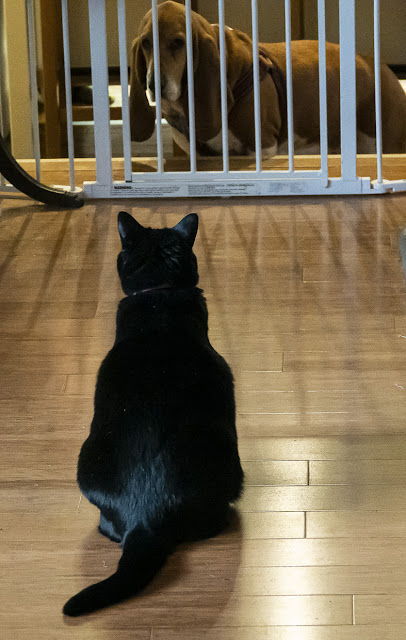 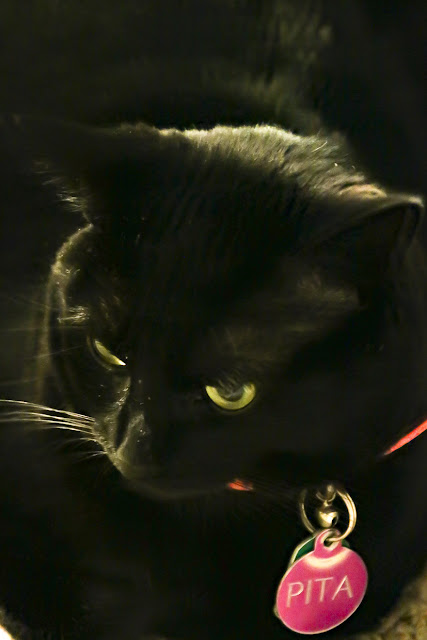 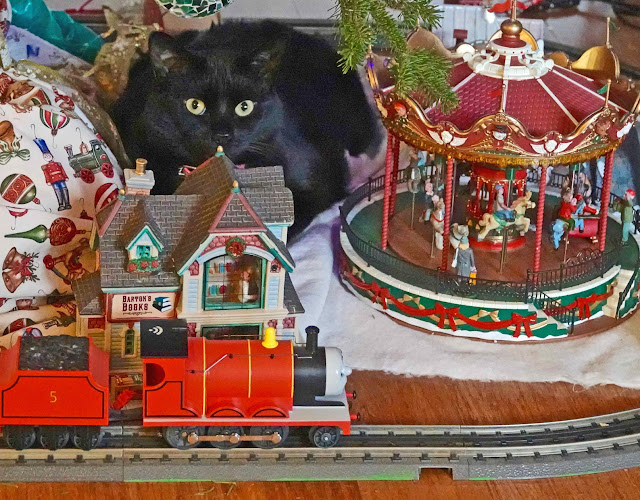 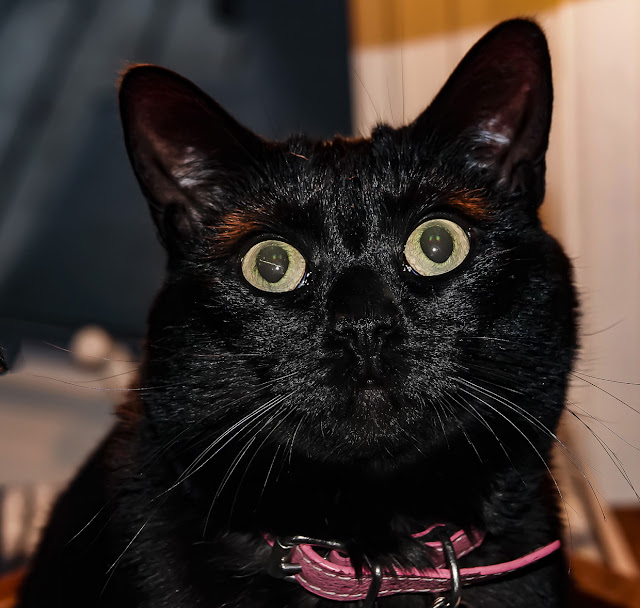 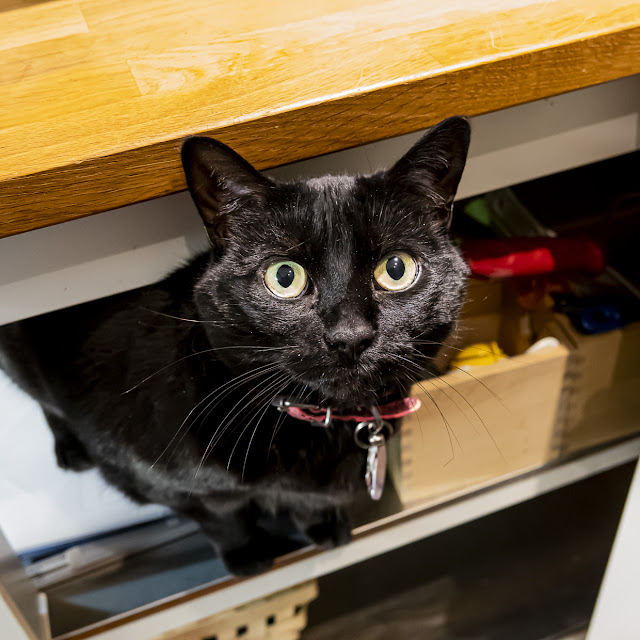 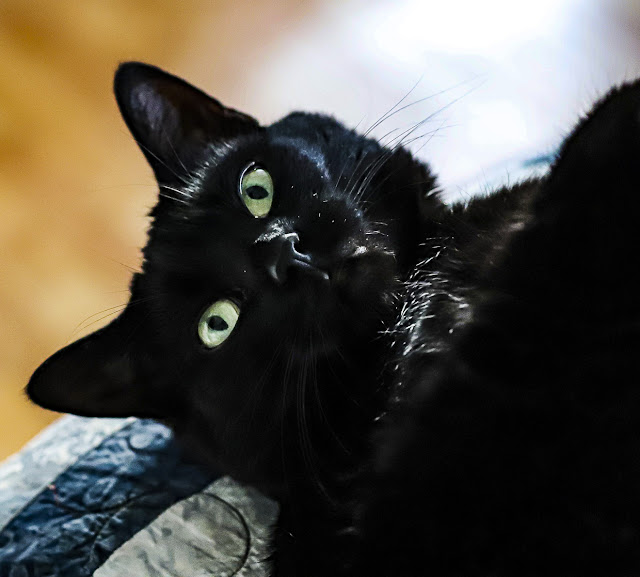 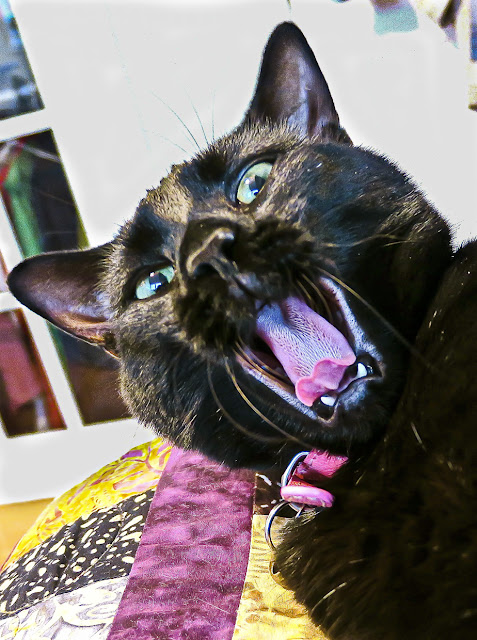