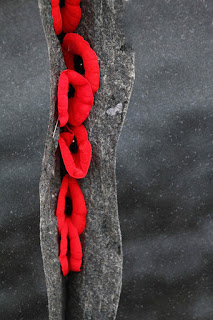 Dear Reader: This posting explores ambiguity, crying, and an ordinary Australian rainbow; it is not traditional Christmas fare. I understand if you stop reading now and pour yourself an eggnog instead. For those readers who keep reading, I thank you for indulging me.

Les Murray is an Australian poet. Born in 1938, he continues to write and has been nominated for the Nobel Prize for literature. His 1969 poem, “An Absolutely Ordinary Rainbow”, appears at the end of this posting. I struggle with Les Murray’s poems and find myself wanting to like them more than I do – except for “An Absolutely Ordinary Rainbow,” which is deeply evocative for me.

I lived in Sydney, Australia in the early 1970s. I love the city and visit it whenever my bank account allows. It is a boisterous, unruly place whose history is an amalgam of nobility, tragedy, and greed. The breathtaking beauty of its harbour renders me speechless.

The Central Business District (CBD) is located just south of the Sydney Opera House and the Harbour Bridge. In the heart of the CBD is Martin Place, a wide pedestrian mall that runs east-west for several blocks. It is a glorious place for walking, flirting, lunching, and flower-buying. For me, it is the essential heartbeat of the city. At the west end, in front of the former General Post Office, is the Sydney Cenotaph, which honours the war dead of New South Wales in overseas conflicts. At dawn on ANZAC (Australia-New Zealand Army Corps) Day, April 25, thousands gather at the cenotaph to commemorate the futile 1915 Battle of Gallipoli, in which 26,111 Australian soldiers were wounded and 8,141 died. It is a foundational event in Euro-Australian history.

Some of my most pleasant memories of Sydney are the times I spent drinking coffee while reading the Sydney Morning Herald at the Lindt Café on Martin Place, three short blocks east of the Cenotaph. It is also the scene of the December 15, 2014, “Sydney Siege,” in which a lone gunman held 18 people hostage for 16 hours. In the end, three people died, including the gunman. Originally thought to be an act of ISIL-related terrorism, many now believe it was the work of a single radicalized man who suffered from severe mental health issues.

I tell you these details for very personal reasons: it was the first time that an act of terrorism had taken place in a physical location that I knew intimately. Suddenly, the headlines struck home. Someone had grabbed a piece of my peaceful world and desecrated it. In writing this, I don’t want to imply that my sense of personal violation equals the horrifying experience of the hostages or emergency responders. Not at all. But the events at the Martin Place Lindt Café pierced my soul and left me feeling deeply ambiguous: when Bill and I visit Sydney in April, I want to return to that café on Martin Place and reclaim it as my own. At the same time, I also feel ghoulish, like one of those disaster freaks who visits the sites of atrocities around the globe, collecting them like knickknacks. As I said, ambiguous.

Which me brings me to Les Murray’s poem, “An Absolutely Ordinary Rainbow.” You see, his poem – written in 1969, long before the 2014 events at the Lindt Café – focuses on a man who is crying in Martin Place. In the strutting macho culture that stunts too many Australians, a grown man crying in public was rare indeed. Crying was seen as weakness – too ‘womanly’ for a real Australian man.

These days, I explore emotions with photographs, finding photography to be a powerful medium for processing conflicted feelings. The images that follow are a response to Les Murray’s poem, to the hostage events at the Lindt Café, and to my own ambiguity about returning to Martin Place in April.

After you look at the photos, I invite you to read “An Absolutely Ordinary Rainbow,” which follows the photos. I am interested in hearing your feedback to this posting, to whose themes I may return in the future. There’s more ambiguity to explore.

With every best wish for health and happiness in the year ahead. 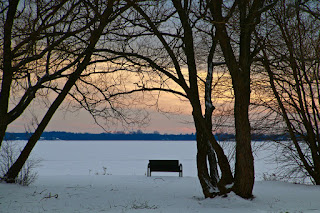 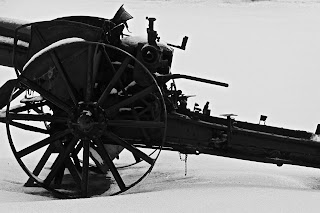 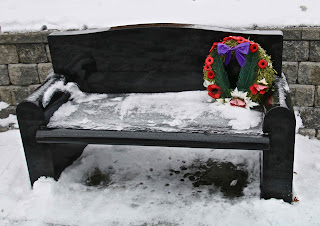 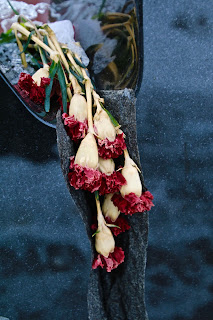 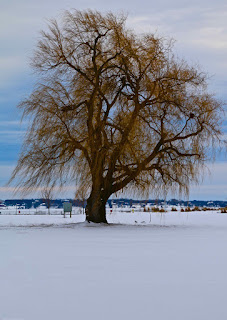 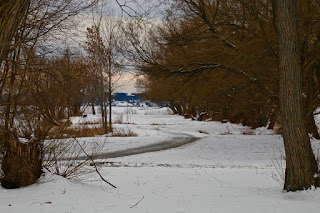 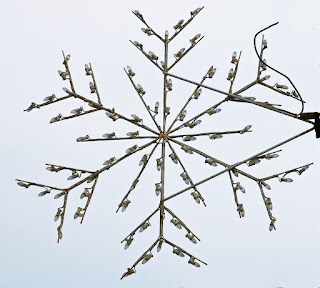 To scaffold your reading of the poem, here are explanations of some references:


Repins was a coffee shop near Martin Place.
Lorenzinis was a well-known wine bar.
Tattersalls and the Greek Club were gathering places for businessmen.
As for the significance of the title, who knows?

The word goes round Repins,
the murmur goes round Lorenzinis,
at Tattersalls, men look up from sheets of numbers,
the Stock Exchange scribblers forget the chalk in their hands
and men with bread in their pockets leave the Greek Club:
There's a fellow crying in Martin Place. They can't stop him.
The traffic in George Street is banked up for half a mile
and drained of motion. The crowds are edgy with talk
and more crowds come hurrying. Many run in the back streets
which minutes ago were busy main streets, pointing:
There's a fellow weeping down there. No one can stop him.
The man we surround, the man no one approaches
simply weeps, and does not cover it, weeps
not like a child, not like the wind, like a man
and does not declaim it, nor beat his breast, nor even
sob very loudly—yet the dignity of his weeping
holds us back from his space, the hollow he makes about him
in the midday light, in his pentagram of sorrow,
and uniforms back in the crowd who tried to seize him
stare out at him, and feel, with amazement, their minds
longing for tears as children for a rainbow.
Some will say, in the years to come, a halo
or force stood around him. There is no such thing.
Some will say they were shocked and would have stopped him
but they will not have been there. The fiercest manhood,
the toughest reserve, the slickest wit amongst us
trembles with silence, and burns with unexpected
judgements of peace. Some in the concourse scream
who thought themselves happy. Only the smallest children
and such as look out of Paradise come near him
and sit at his feet, with dogs and dusty pigeons.
Ridiculous, says a man near me, and stops
his mouth with his hands, as if it uttered vomit—
and I see a woman, shining, stretch her hand
and shake as she receives the gift of weeping;
as many as follow her also receive it
and many weep for sheer acceptance, and more
refuse to weep for fear of all acceptance,
but the weeping man, like the earth, requires nothing,
the man who weeps ignores us, and cries out
of his writhen face and ordinary body
not words, but grief, not messages, but sorrow,
hard as the earth, sheer, present as the sea—
and when he stops, he simply walks between us
mopping his face with the dignity of one
man who has wept, and now has finished weeping.
Evading believers, he hurries off down Pitt Street.