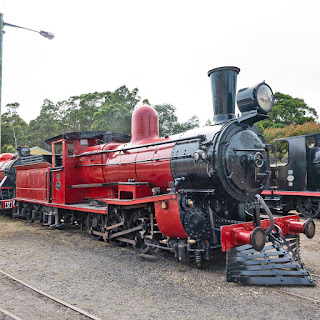 Sometimes, serendipity comes along and hands you a gift.

That’s what happened in mid-March when Bill and I were driving from Burnie, on the north coast of Tasmania, to Falmouth, on the east coast. As we were driving through Devonport, I noticed a train yard filled with steam locomotives near the highway. I hyperventilated immediately. TRAINS! A YARD FULL OF TRAINS! We pulled off the highway at the next exit and soon found ourselves in a train lover’s paradise: The Don River Railway (link), an ambitious facility that featured vintage steam and diesel locomotives, passenger and freight cars, a working turntable, a vintage passenger station, and an extensive restoration/repair shop. What an amazing collection of railway equipment! And I had no idea it was there until it flashed by my eyes when we drove past.

Just as we arrived, a restored antique freight wagon was being delivered by truck to the railway. Watching the wagon being expertly – and gingerly – winched down from the flatbed truck that delivered it was great fun. And then one of the volunteers, Cody, came up to us and asked if we wanted a ‘behind-the-scenes’ tour of the operations. Um, YES! So we spent the next hour being shown every aspect of the Don River Railway’s operations, including its very well-equipped shop, where locomotives were being both repaired and restored. In addition to its functions as a museum and a repair facility, it also runs weekend excursions. And all operated by a brave band of volunteers. Very impressive indeed.

What a treat it was to discover this gem! I hope you enjoy some photos from our visit.

BTW: I learned a great deal about the rich and diverse history of railways in Tasmania during our six-week residency on the island. Plans for an OO scale version of a Tasmanian railway branch line are brewing in my head. Locomotives have been purchased; space has been cleaned... Stay tuned, train fans!

Next week: photos of our travels along Tasmania’s beautiful northeast coast. 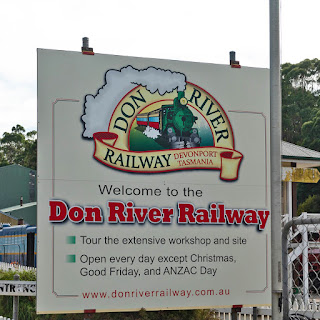 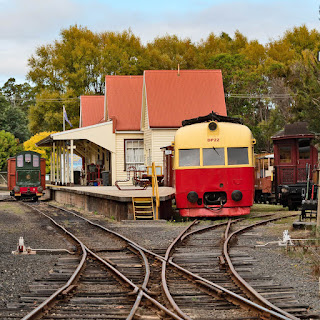 The Don River Railway station.
On the right is a DP class railcar, built in the late 1930s.
It saw service on the Tasman Limited
between Hobart and Launceston.
Note the 3' 6" (1,067 mm) narrow gauge tracks. 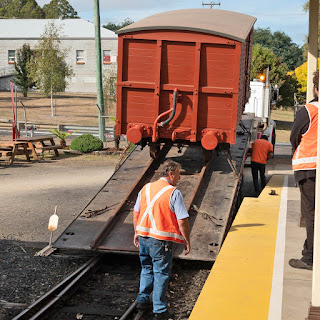 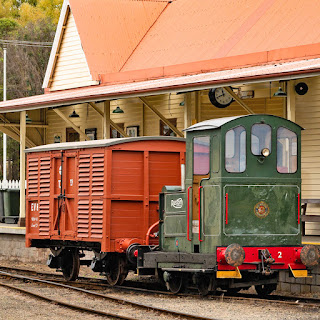 Gasoline-powered switcher towing the wagon away. 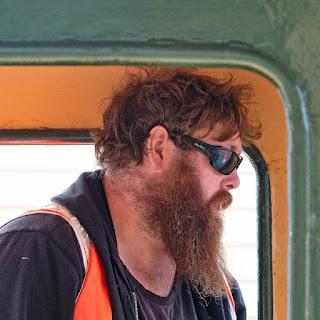 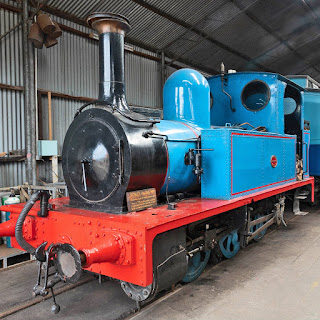 Fowler 0-6-0 tank engine, built in 1888.
It's painted for its job as a Thomas The Tank Train engine.
Sadly, copyright issues prevent it from being used for Thomas service any more. The licensing fees are prohibitive. 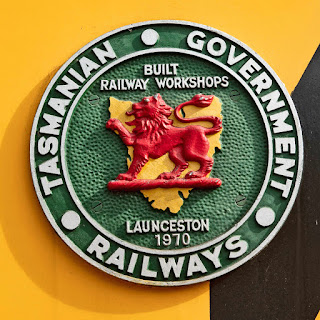 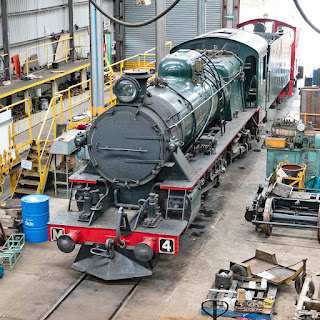 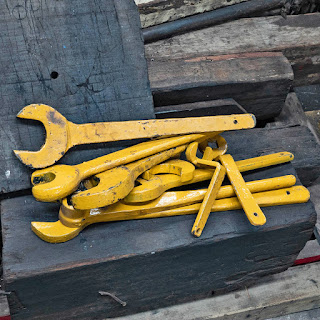