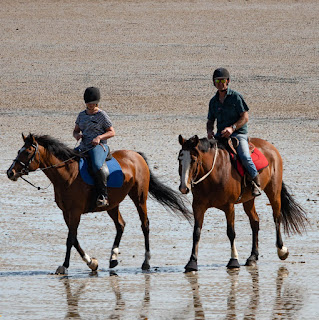 Now that we’ve returned home to Canada, having arrived in Belleville last Tuesday evening (April 2), it’s time to get caught up with blog posts about the remainder of our two-month stay in Australia.

This week’s post features photos from two communities on the north shore of Tasmania, along the Bass Strait that separates Tasmania from mainland Australia (also referred to as “The North Island” by some Tasmanians).

The fishing village of Stanley is near the northwest tip of Tasmania. It has a rich marine history, filled with stories of seafaring, commercial fishing, a narrow-gauge railway that used to serve the village, and the current influx of visitors seeking its quaint AirBnB cottages. Separating the village from the Bass Strait is Stanley’s famous ‘Nut’, a massive flat-topped volcanic formation that looms 143 metres above the village. (link) We enjoyed a seafood lunch in Stanley but didn’t try walking up the steep path to the summit of The Nut. The village has the atmosphere of a typical seaport, complete with tidal docks, fish-processing plant, steep roads, and small homes huddled together as protection against the howling winds blowing off the Bass Strait. 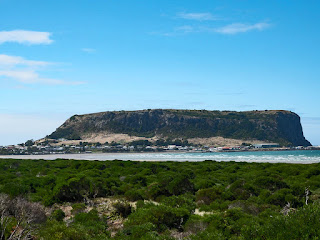 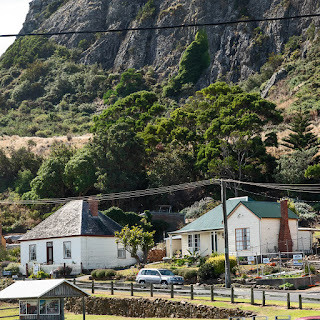 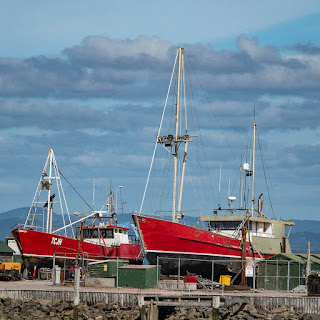 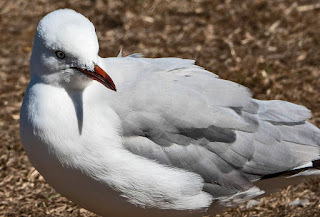 The other community we visited was Burnie, about 80 km west of Stanley, but also on the Bass Strait. We stayed in Burnie for two nights. The city used to be known as the pollution capital of Tasmania because of the discharge from a now-closed pulp and paper mill. When the mill closed in the early 2000s, the city had to reinvent itself – and distance itself from its polluted past. It rehabilitated its main beach and started marketing itself as ‘the city of makers’ – a community that has always made things, from the aboriginal communities before European settlement to its artists and artisans today. Two institutions have led the way: the impressive Burnie Regional Art Gallery (BRAG), led by Dawn Oelrich, its Canadian-born director (link), and the Makers’ Workshop a stylish waterfront facility that is a cultural hub for Burnie’s artists (link).

Burnie is also the western terminus of TasRail (link), Tasmania’s government-owned narrow-gauge freight railway. Needless to say, I had a great time watching its freight operations at the Port of Burnie! 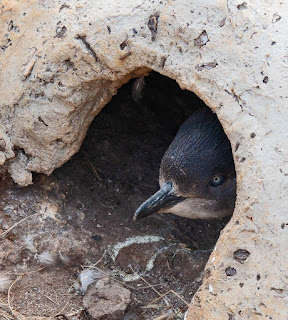 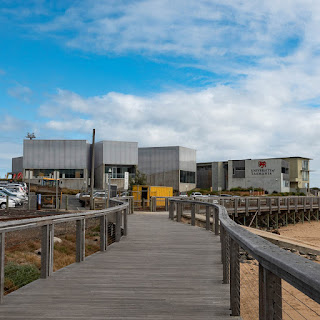 The Makers' Workshop and
University of Tasmania satellite campus 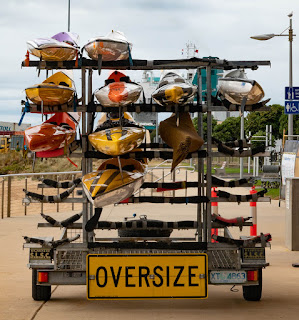 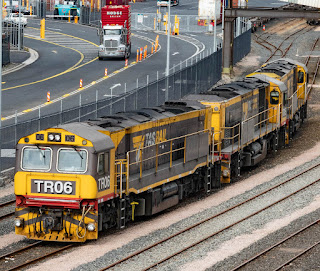 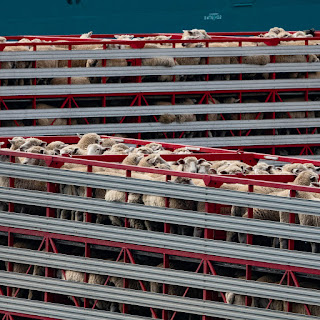 I hope you enjoy these photos. Next week, I’ll continue with the railway theme by writing about the Don River Railway in Devonport.