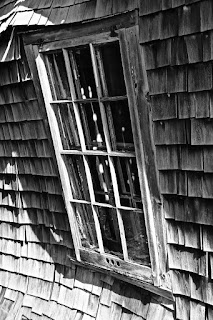 “Texture is the most enduring and ubiquitous
underpinning of form...certainly a calming, meditative,
and appealing world for both the eye and mind.”
- Lynda Lehmann, American Artist and Photographer

“The texture of experience is prior to everything else.”
- Willem de Kooning, Dutch-American Artist

Last Friday, my dear friend Elizabeth and I spent the morning with our cameras at the Loch Sloy Business Park in Picton, Ontario. Elizabeth and I have been friends for almost fifty years, experiencing many of life’s joys and challenges together. We have been intending to go on a photography expedition with each other for a long time and Friday was the day -  the first of many, I hope.

My friendship with Elizabeth is deeply textured and rooted in shared values, a love of the arts, and warped humour. We have discovered over the years that when life sends you a cow patty, the best response is a good laugh. We are at different stages in our photographic journeys: Elizabeth is returning to her camera after an absence of some years, and I still feel like the new kid in the candy shop.

At the same time as anticipating my excursion with Elizabeth, I’ve been thinking a lot about textures and how important they have become in my photography. Frequently, it is not the large, panoramic picture that grabs my attention, but the tiny, telling detail that calls out to me. And that tiny, telling detail is often surrounded by a texture that provides both context and dynamism. A bit like the texture of my friendship with Elizabeth. I hope the photos that follow reflect the depth and complexity of my friendship with Elizabeth.

About the Loch Sloy Business Park: it is a photographer’s dream, ideal for finding the textures and details that my camera enjoys so much.

Loch Sloy is the former Camp Picton, built in 1940 as part of the British Commonwealth Air Training Plan in World War Two. Thousands of Canadian, British, and American pilots were trained here before being sent overseas. After the war, it became a Canadian Army base, closing in 1969. Its six large hangars and many barracks and support buildings are a Canadian treasure trove. The current owners of Loch Sloy have lovingly restored many of the buildings and rent them to many businesses and individuals. A few of the buildings are slowly deteriorating and sagging gracefully back into the earth. To return to the theme of textures, walking through Loch Sloy is not only taking a step back in time, it is also a visual delight.

Most of the photos that follow are from Loch Sloy. They show buildings in an advance state of decay, but they are not representative of the majority of buildings that are well maintained and occupied.

Side note: photographers are welcome at Loch Sloy, but they must register at the Loch Sloy offices near the entrance of the site to sign a liability waiver and receive guidelines for their visit.

Two of the other ‘textured’ photos in this posting were recorded a few kilometres west of Picton in Wellington, but they fit in nicely with the photos from Loch Sloy. The remaining photo was recorded at the Husky Station on Dundas Street East, Belleville, near our home. 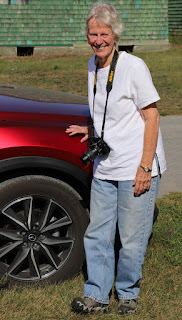 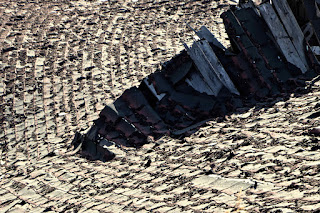 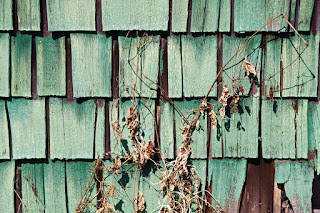 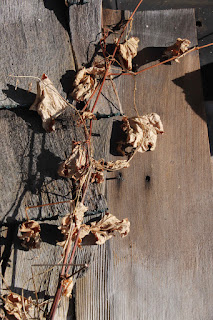 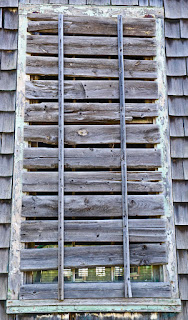 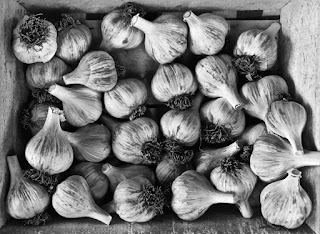 Garlic from Thyme Again Gardens at the Wellington Market 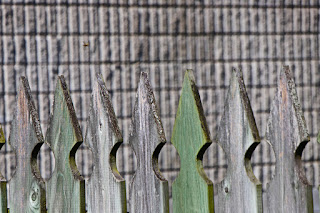 Fence behind Pierson's IGA in Wellington 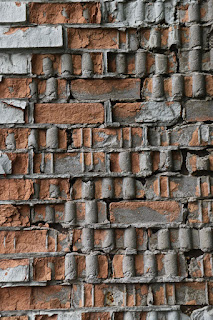 Posted by Larry Tayler at 16:11 No comments: 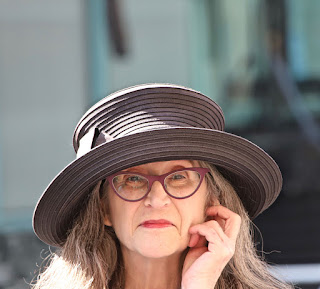 “Today we can tell the story of our beginnings in a wonderfully dramatic way, borne out of the explosion of a giant star 4.5 billion years ago. From the stardust of that explosion, every atom in our bodies began a long journey, through transformation after transformation, to who and what we are today. There are atoms in our bodies that were once in dinosaurs...in the Buddha, in Jesus...We are stardust become human.”

I begin this blog post at the corner of Yonge and Dundas Streets in downtown Toronto. It is one of the busiest, most dynamic street intersections in Canada – suffused with Michael Morwood’s “stardust become human.” It’s also grubby, noisy, pushy...and I love it. One of the great pleasures of my three decades of living in Toronto was regulalrly standing at this intersection, breathing in its energy and vigour. Not coincidentally, it is also a terrific location for street photography. Which is what I was doing last Tuesday afternoon for about an hour. And because I am now a senior, people tend to ignore me...which is why I was able to stand there with my camera and record over 500 photos without being challenged once. Ah, the joys of being invisible...you can get away with so much!

Street photography has become one of my great passions. The simple act of observing the vast array of faces is rewarding enough in itself, but being able to record those faces in all their glory is a delightful bonus. Stardust become human, indeed.

At the October 1st meeting of the Prince Edward County Photography Club, I am scheduled to make a presentation about street photography - a great opportunity to clarify my thoughts and approach to this fascinating area of photography.

I hope you enjoy these twelve photos of Toronto’s Yonge/Dundas area, plus another four similar photographs recorded at the wonderful Milford Fair in Prince Edward County on Saturday. 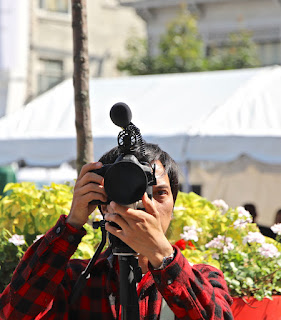 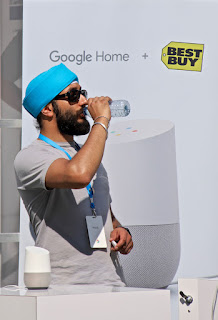 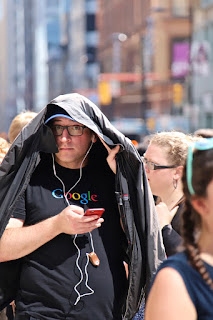 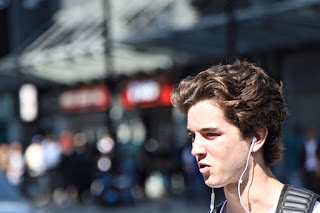 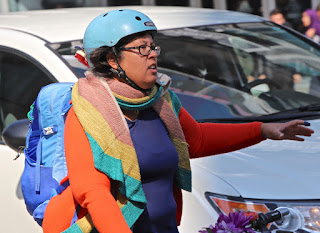 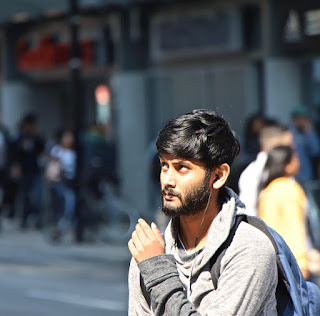 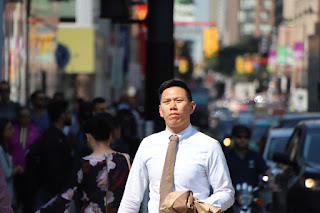 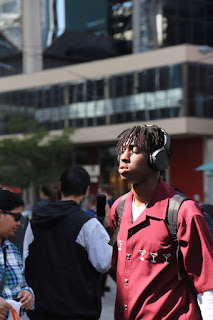 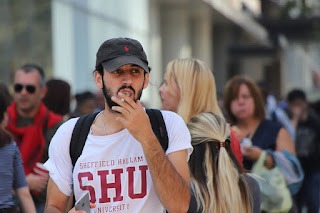 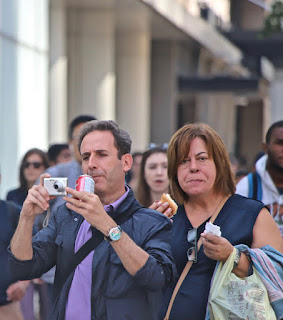 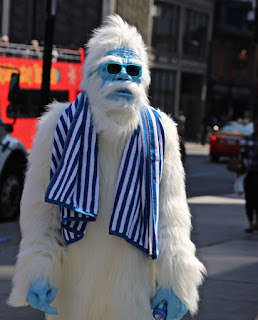 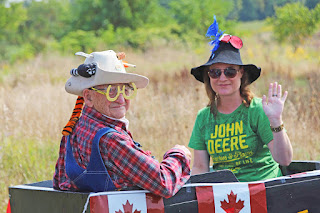 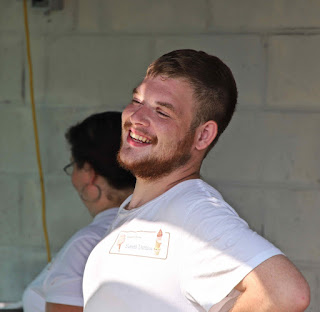 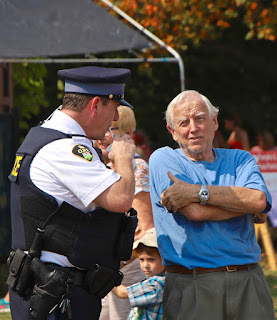 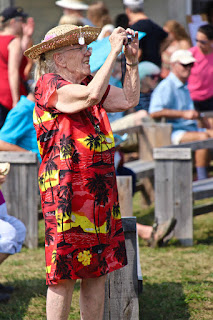 Posted by Larry Tayler at 13:14 No comments: