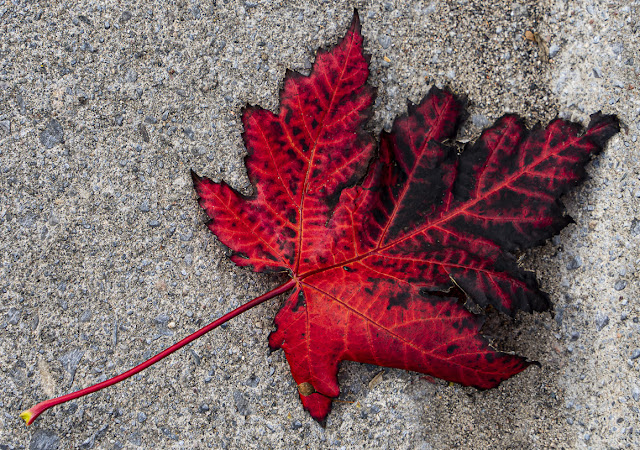 One of the things I’ve noticed about getting older is that I think about the past a lot more than I used to. It’s not a nostalgic wish to return to the past or to relive it, but an active engagement with my own past. For instance, the recent death of the Tayler family matriarch, my 101-year-old Aunt Jeanne, has led to hours of poring over family photos. In particular, the discovery of a 1955 aerial view of my family’s Wellington-area farm (where I lived as a child) has opened the floodgate of memories. I plan to feature these photos in a future blog post. I’m not sure how I became official ‘keeper of the family photos’, but every family needs one.

For this blog post, however, I’m focusing on Remembrance Day and my annual rite of observance. When I was a child, attending Remembrance Day services was in my family DNA. As I’ve mentioned in a previous blog post, military service was a tradition in my family, especially on my father’s side. November 11th was always observed with dignity and solemnity. As a Cub Scout and later a Boy Scout, I attended the Remembrance Day services at the Wellington War Memorial in uniform – and was proud of it. By osmosis, I came to appreciate my family’s involvement in both World Wars. In World War One, my Grandfather Tayler served in the Forestry Battalion of the Hastings and Prince Edward Regiment in northern France. In World War Two, my Uncle Mel died off the coast of Sierra Leone in a bomber crash; my father served in the Hastings and Prince Edward Regiment, performing duties with the Royal Canadian Mounted Police (RCMP) in Québec because a back injury prevented him from shipping overseas; my Aunt Jeanne served in the Women’s Division of the Royal Canadian Air Force (RCAF); and Uncle Homer, my mother’s brother, was a Spitfire pilot with the Royal Air Force (RAF) in England.

So each year on November 11th, the family ghosts beckon me to bundle up, no matter how miserable the weather, and get myself to the closest cenotaph to pay my respects. It’s an annual rite of gratitude.

It is not, however, an automatic or unthinking response. I have little time for the ‘My country, right or wrong’ crowd or for those who glorify war in the name of macho camaraderie. Such mindless bravado nauseates me. What I do respect, however, is the willingness of ordinary people to put their lives at risk in the service of their country. It infuriates me when military leaders use these people to bolster their own egos and careers. And it especially infuriates me when governments don’t actively support members of the armed services when they return home. Their physical and psychological suffering can be immense. They deserve better than a token pat on the back once a year.

So, when I attend a Remembrance Day service, I’m not there to glorify war or indulge in jingoism. I’m there to say ‘thank you’ to the people who stepped forward when needed, especially the precious members of my own family.

I made the two photos above on November 11 this year at the Picton Remembrance Day service. The first features the carved name of my Uncle, Melvin Tayler, on the commemorative altar at the Picton Cenotaph. The red maple leaf is a photo I made while walking home from the service. The photos below come from a moving visit that Bill and I made to the Australian War Memorial in Canberra on March 25, 2019.

Until next month, stay safe. 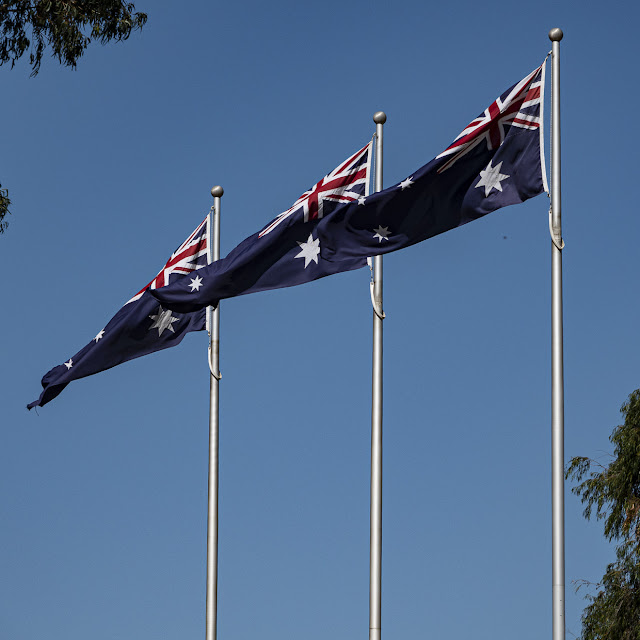 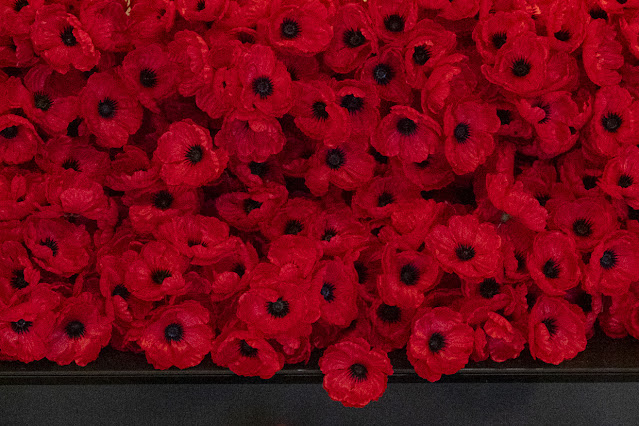 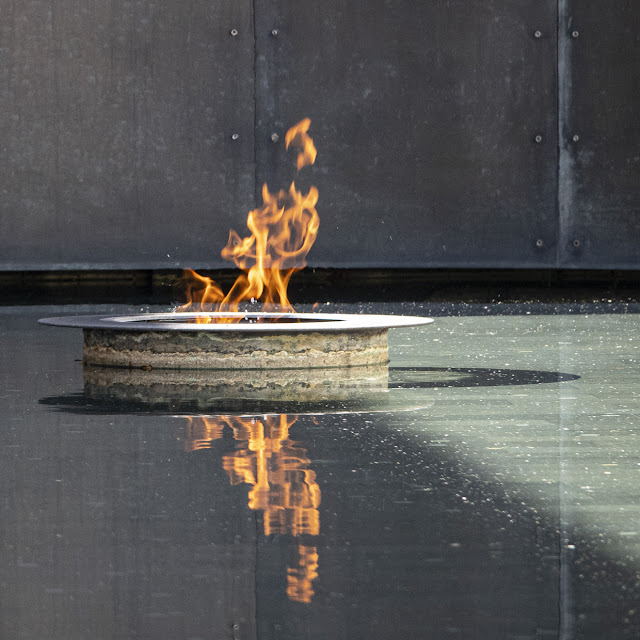 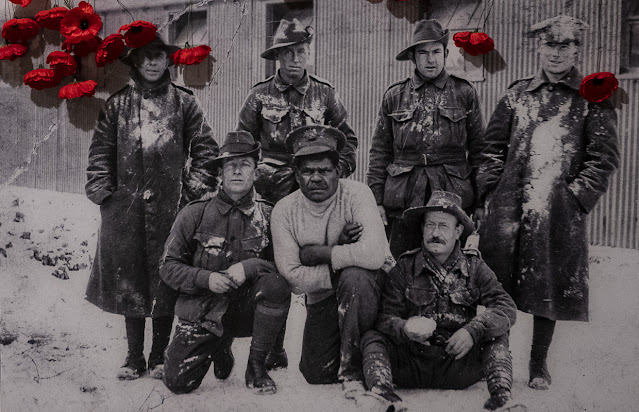 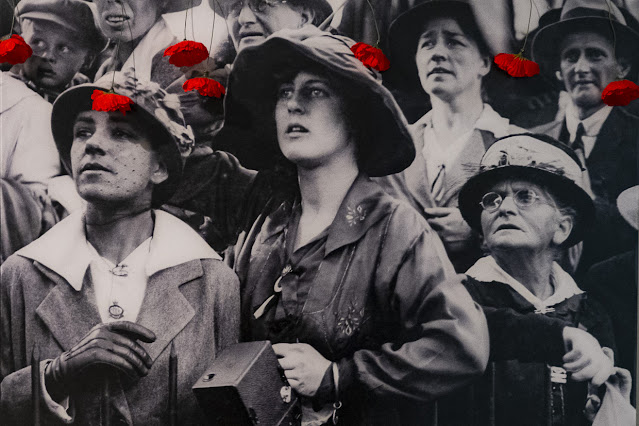 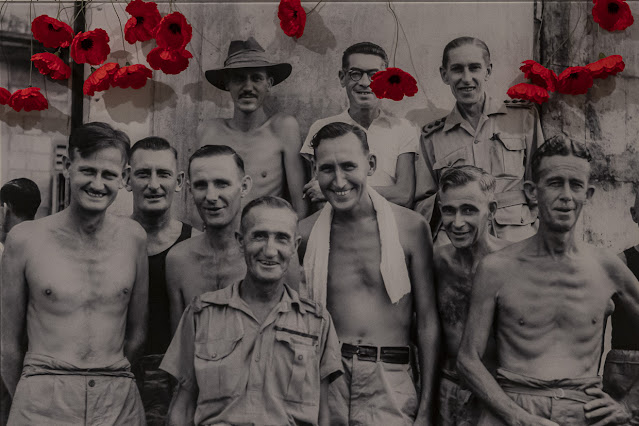 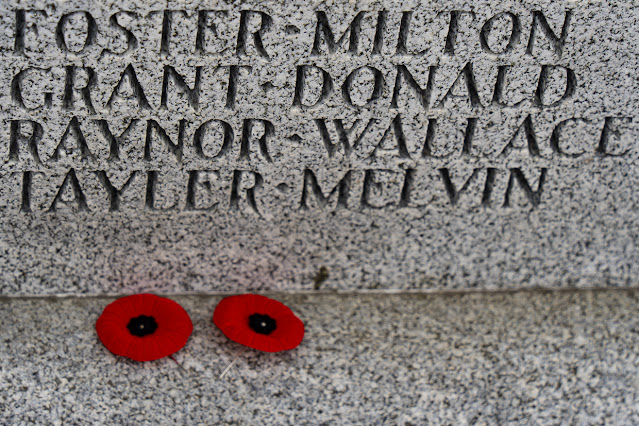 Melvin Tayler's name is among the armed service members from Wellington who died in World War Two. It appears on the commemorative altar in front of the Picton Cenotaph. Uncle Mel was a Royal Canadian Air Force pilot, serving with the Royal Air Force 95 Squadron. He died when the bomber he was navigating crashed into the Atlantic Ocean off the coast of Freetown, Sierra Leone, on November 28, 1942. His gravestone is in the Commonwealth War Cemetery in Freetown.

Posted by Larry Tayler at 17:40 No comments: