A Tribute to Jeanne Hamel

What a time they have, these two

Housed as they are in the same body.

From “We Shake With Joy”

My blog post this month is focused on Jeanne Hamel – my fabulous Aunt Jeanne – who died peacefully late last month in Scarborough at the age of 101.

Imagine that – 101 years old and living a vibrant, engaged life right up to the end. In an August phone call with me, she had gleefully described her strategy for not getting any more speeding tickets on Toronto’s busy Highway 404. (“I stick to the centre lane because it’s harder to nab me there!”)

Although this blog post is primarily about Aunt Jeanne, it is also about me. From my earliest memories, Aunt Jeanne has been a radiant part of my life. After my parents died in the late 1990s, she took over as my mother figure. I am feeling her death as keenly as I did their deaths.

Aunt Jeanne, aka Rachel Jeanne Hamel, was the youngest child of Norah and Garnet Tayler. She was born in 1920 on the Tayler family farm – now owned by the Sztuke family and called Mink Island Farm – on the shores of West Lake in Prince Edward County near Wellington. (See the gallery of Mink Island Farm photos at the end.) Aunt Jeanne’s older brother, Melvin, was born in 1913. He died in 1942 when the bomber he was navigating crashed into the Atlantic Ocean off the coast of Freetown, Sierra Leone. Her middle sibling, Douglas (my father), was born in 1916 and died in 1997.

From Aunt Jeanne’s recollections, she led a happy rural childhood, actively engaged with the farm’s chicken hatchery, garden, and field crops. The entire family was involved in the life of the Wellington Methodist Church (later Wellington United Church after church union in 1925). The family farm included most of the island – Mink Island – across the lake from the farm, so she had many adventures rowing and swimming to the island, as well as camping there. Her brothers teased her mercilessly (her word) – and “I loved almost every minute of it.”

For her entire life, she had a sharp, inquisitive mind. After completing high school, she attended the Macdonald Institute in Guelph, graduating with a diploma in home economics at the beginning of World War Two. (The Macdonald Institute became part of the newly formed University of Guelph in 1964.) Following the family tradition of military service, she joined the Women’s Division of the Royal Canadian Air Force (RCAF) and became part of a precision marching squad that toured Canada to raise money for War Bonds. It was when she was stationed at RCAF Base Mountain View (in Prince Edward County) that she met her future husband, Will Hamel. They married after the war and lived in Wellington, not far from the family farm. They had one child, my delightful cousin Norah, and moved to Scarborough in 1961. Aunt Jeanne became actively involved in Knob Hill United Church, where she met Ruth Ledsham, the woman who became her dearest friend for sixty years.

It was with Ruth that Aunt Jeanne drove across Canada several times to explore the natural beauty and wilderness of our country, especially after Uncle Will’s death in 1997. Together, they walked long sections of the Trans-Canada Trail. They even spent a week in England, after Aunt Jeanne – an inveterate free contest enthusiast – had won a week’s vacation in London. Sadly, Ruth died recently, a month before Aunt Jeanne’s death. They remained travelling companions to the end...and beyond.

Aunt Jeanne was always a ‘doer’ – she just jumped into her community and got involved. She ran Cub Scout packs, taught swimming and skating, volunteered with Community Living in Scarborough, and generally made herself useful. (“Because that’s what you do!”) When she and Uncle Will bought a condo near the Scarborough Bluffs in the mid-1970s, she joined West Hill United Church, where she remained a much-beloved member until her death.

One of the great gifts that West Hill United Church gave her was an avid and informed interest in Progressive Christianity. Under the inspired leadership of West Hill’s dynamic minister, Gretta Vosper, Aunt Jeanne and the entire congregation embarked on a far-reaching (and, for some, controversial) re-evaluation of what it meant to be Christian and what it meant to be church. It was in this process that Aunt Jeanne became a devotee of the American Episcopal theologian John Shelby Spong. I recall many satisfying and challenging discussions with Aunt Jeanne about Spong’s books, his critique of Christian orthodoxies, and his honouring of lesbian, gay, and queer people. She derived impish delight in upsetting traditional Christian complacency, taking to heart the advice of the early 20th century American journalist Finley Peter Dunne “to comfort the afflicted and to afflict the comfortable.”

She developed a strong conviction that you could not be both Christian and complacent at the same time.

Aunt Jeanne was one of the first people in my family to whom I came out in 1983. Her unconditional love and encouragement – way, way beyond mere acceptance – were important in my early days as an openly gay man. As in so many other things, she gave me strength and courage. When my first husband, Spencer, was diagnosed with Lou Gehrig’s disease in 2011, she gave me a safe space for bashing through my grief, anger, and tears. When Spencer decided to have an assisted death in Switzerland in 2012, she was fully supportive. And when I met my future second husband, Bill, in  2013, Aunt Jeanne was once again enormously supportive. I’ll never forget what she said to me after she met Bill for the first time: “You’ve been through enough, Larry. HE’S the one! Grab him!” And I did.

A singularly important part of my relationship with Aunt Jeanne was our Sunday morning telephone calls. And it was all because of my dad. After I moved to Toronto in 1984, I began phoning dad in Picton on Sunday mornings just to check in and to stay connected. For the next thirteen years, until he died in 1997, the tradition of talking with dad on Sunday mornings took root in my life. Soon after he died, Aunt Jeanne drew me aside one day and said, “Look, you’re going to miss talking with your dad on Sunday mornings. Why don’t you start calling me instead?” And thus began a tradition that lasted 24 years. Wherever I was in the world on a Sunday morning, I would phone Aunt Jeanne, at precisely 8:05 am Toronto time, and we would talk for at least an hour, often longer. By my estimate, we talked for about 1300 hours in total – yet we never seemed to run out of things to say. She took particular delight when I phoned her from the cabin that Bill and I rented in Tasmania’s Huon Valley – where it was almost midnight – and I would set up the phone so she could hear the soft nighttime chorus of the Tasmanian bush.

My logical mind knew that these Sunday morning calls with Aunt Jeanne couldn’t go on forever. After all, when you’re 101 years old, at some point time catches up with you. But her death took my breath away and leaves an Aunt-Jeanne-sized hole in my life.

How I miss those Sunday morning calls. And how I miss Aunt Jeanne.

Thank you for reading this tribute to Aunt Jeanne. I hope you enjoy the photos of the former Tayler family farm. I recorded most of them on July 29, 2019, while happily wandering the farm with my camera. The exceptions are the last two photos, which I made on September 19, 2020, on the occasion of the memorial celebration for the life of Peter Sztuke at Mink Island Farm.

I will finish up this post the same way I began – with a quotation from the poet Mary Oliver.

...I don’t know exactly what a prayer is.

I do know how to pay attention, how to fall down

how to be idle and blessed, how to stroll through the fields,

which is what I have been doing all day.

Tell me, what else should I have done?

Doesn’t everything die at last, and too soon?

Tell me, what is it you plan to do

with your one wild and precious life?

From “The Summer Day” 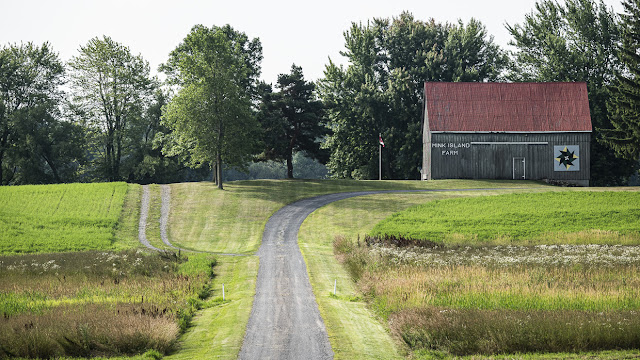 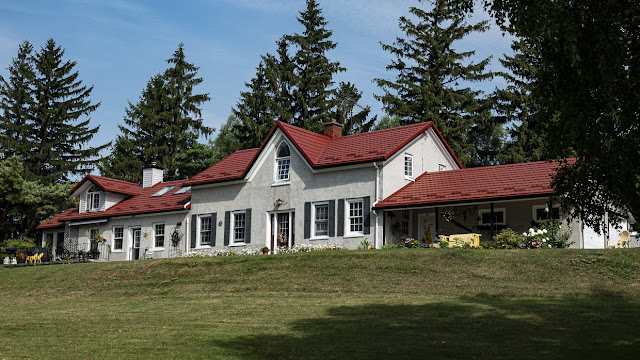 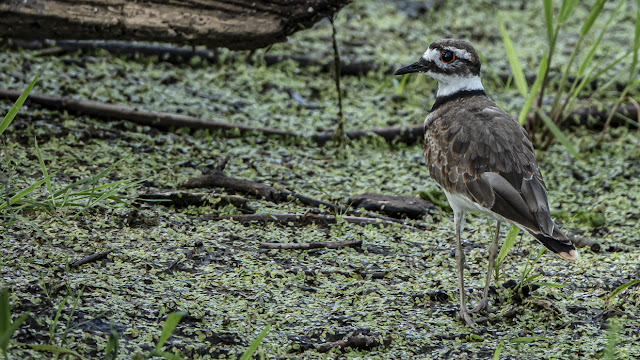 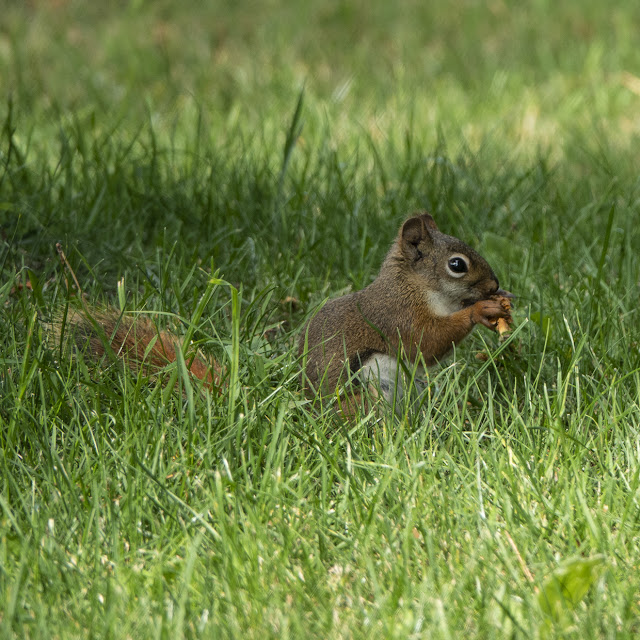 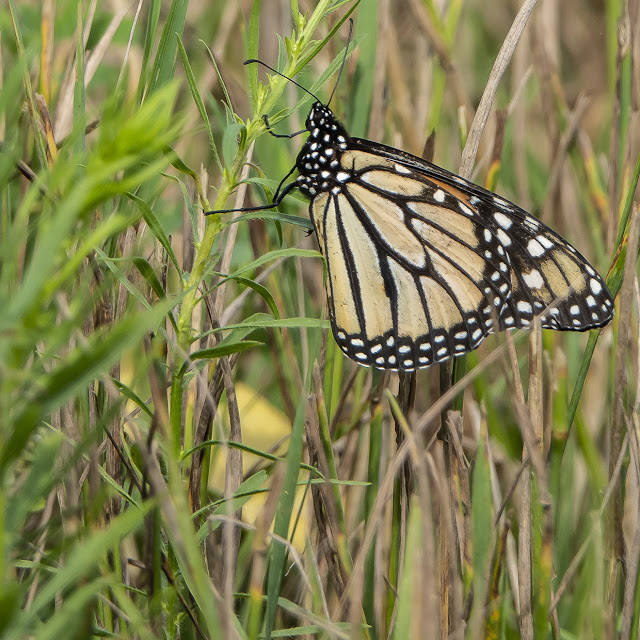 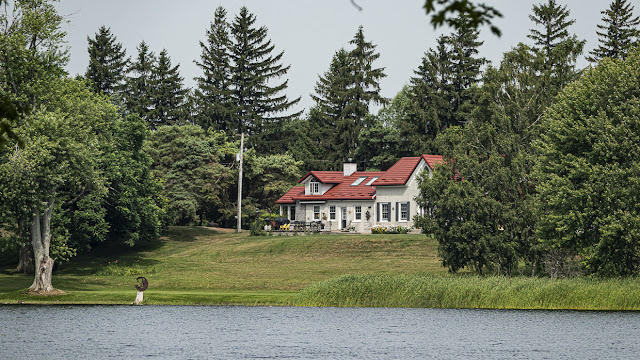 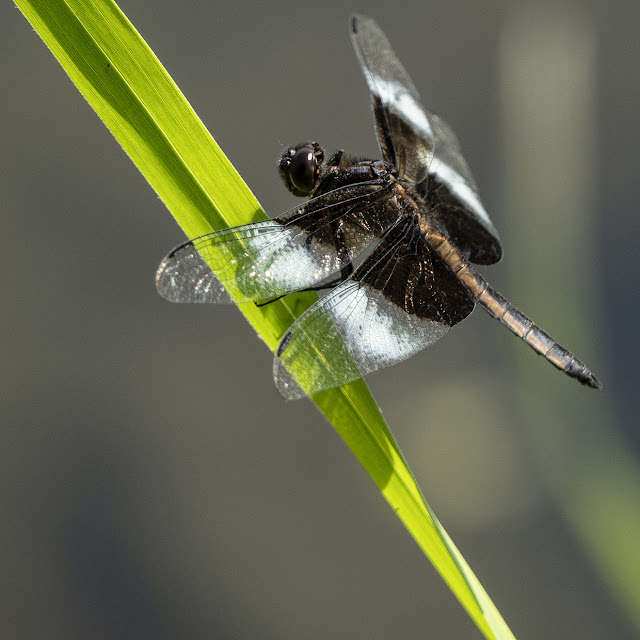 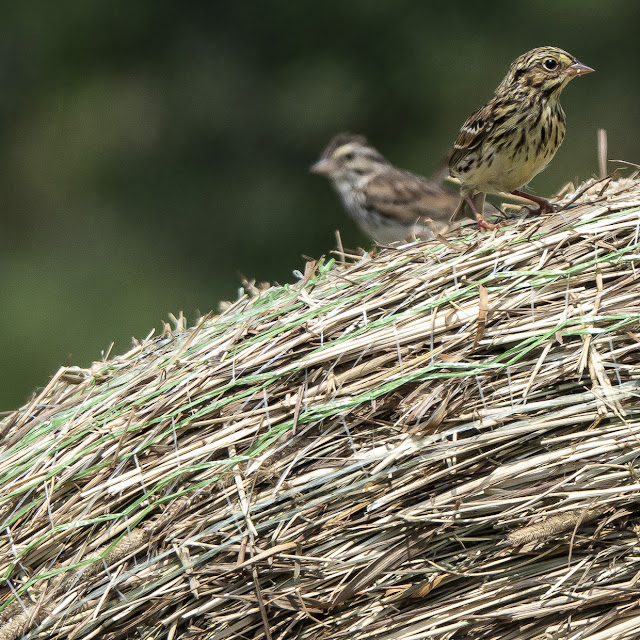 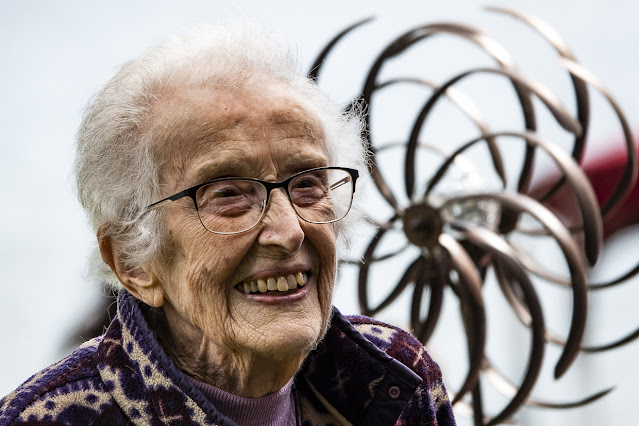 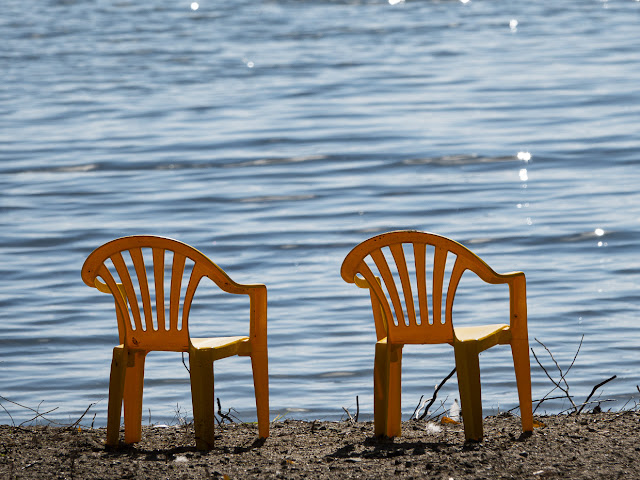 Posted by Larry Tayler at 13:59 No comments: